…sorry, no tigers or bears!

Source: “Flanking the entrance to the Art Institute of Chicago, Edward Kemeys’ lions are among the city’s most beloved and recognizable sculptures. A largely self-taught artist who became famous for his sculptures of wild animals, Edward Kemeys (1843-1907), established a studio in Chicago in 1892. The following year, the World’s Columbian Exposition in Jackson Park showcased twelve of his sculptures in plaster including massive jaguars, bears, and bison. At the fair, Kemeys’ lions were placed at the entrance to the Fine Arts Palace (now the Museum of Science and Industry). Mrs. Henry Field donated the funds to recast the lions in bronze and install them in front of the Art Institute’s new building in Grant Park in 1894.

Prior to their official dedication, the Chicago Tribune reported that Kemeys said that the lions were “conceived as guarding the building.”

He explained that the south lion is “attracted by something in the distance which he is closely watching,”

and that the north lion “has has back up, and is ready for a roar and a spring.”

Kemeys was considered the leader of the American animaliers, a movement that began in France in the mid- nineteenth century in which artists studied living animals to produce their sculptures.” 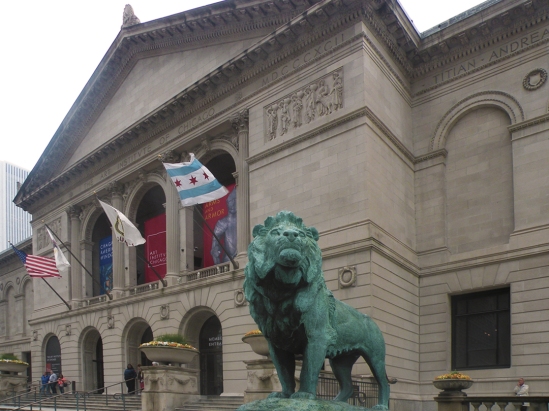 AIC Under the South Lion 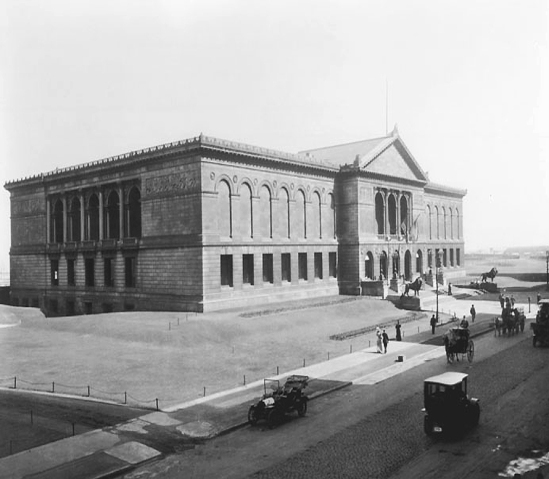 In 1900, the Art Institute of Chicago looked like this. 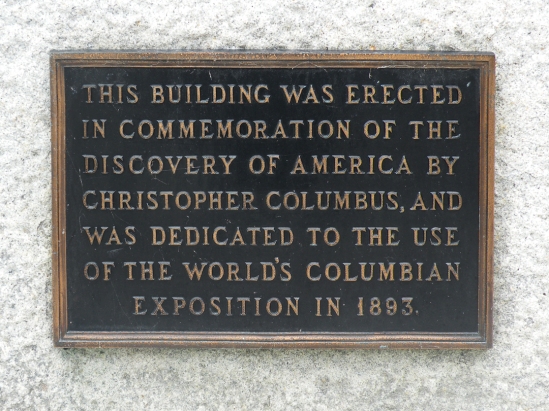 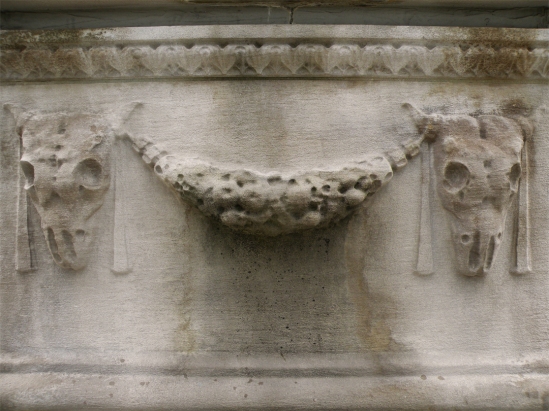 I find it interesting that the stonework on these planter supports feature cattle skulls…perhaps a celebration of the once-great Chicago Stockyards? 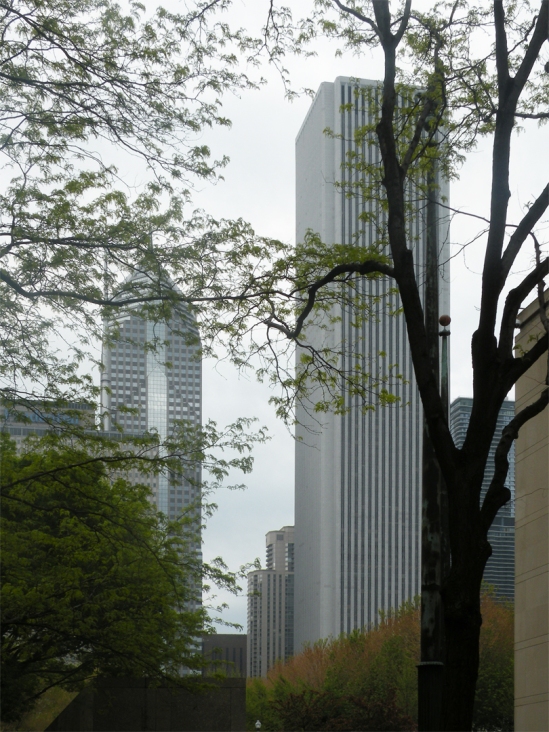 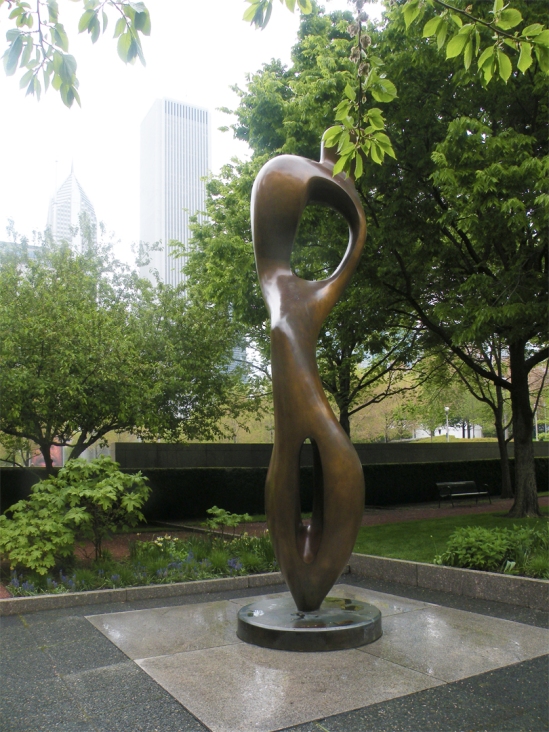 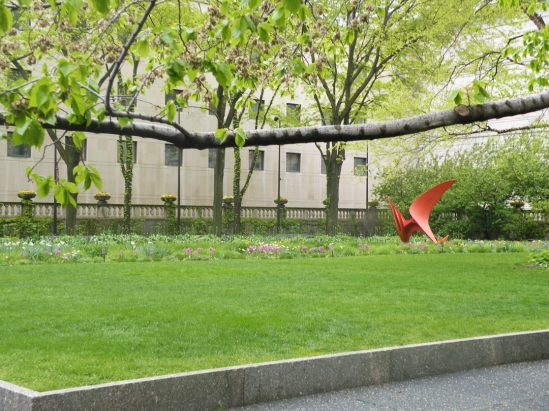 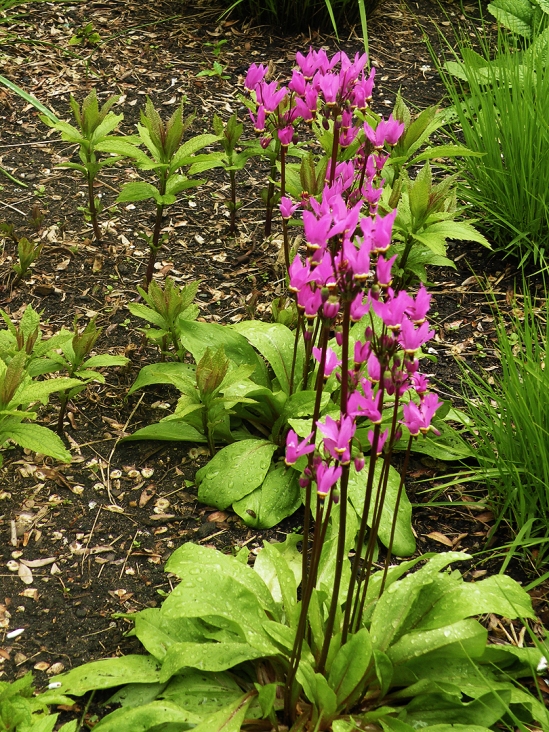 There will be more to come, as the blooming season continues!

“They” said it would clear by early afternoon.  “They” were wrong…again!

Just two weeks ago, I posted these lovely tulips on State Street, here in the Chicago Loop: 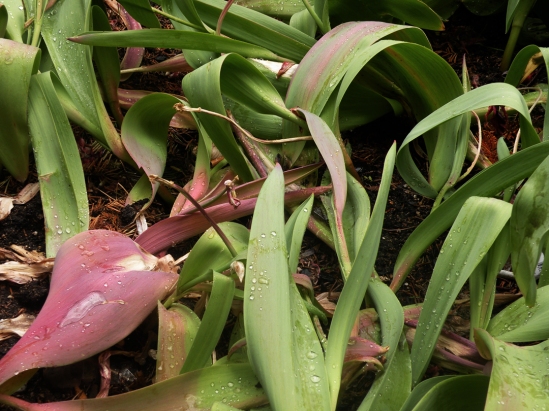 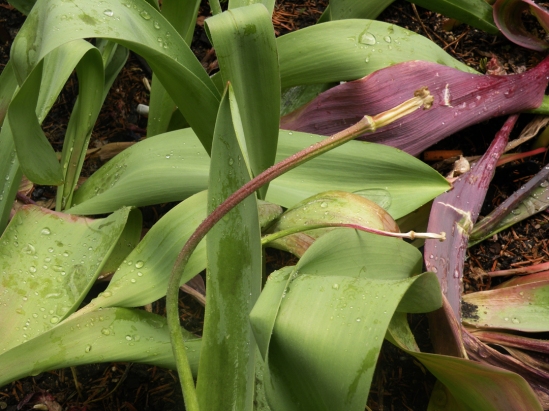 So, I walked over to the Art Institute, hoping to spend the afternoon indoors, but today was not a free day (it’s the end of the month for me, and 5 color ink cartridges cost almost $92, which ate into my ‘extras for fun’ account).  I spent some time in the gift shop, admiring overpriced objects mostly ‘Made in China’, then retired to the garden.

Oh!  Pansies!  How I love pansies!

There is more to come from the Art Institute…just am too tired to run everything through Photoshop (TM) tonight!