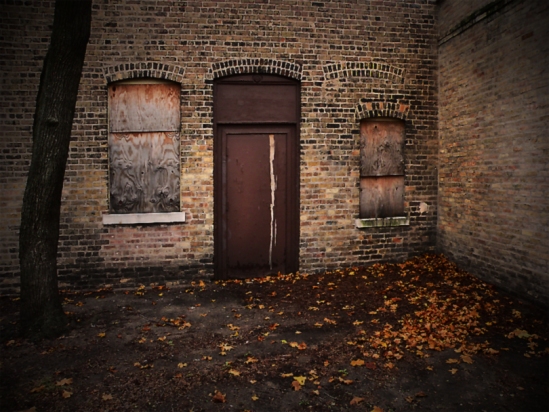 I ‘played a lot with this image, continually darkening it and giving it more contrast…I even re-worked it right before this post, so now I’m satisfied. 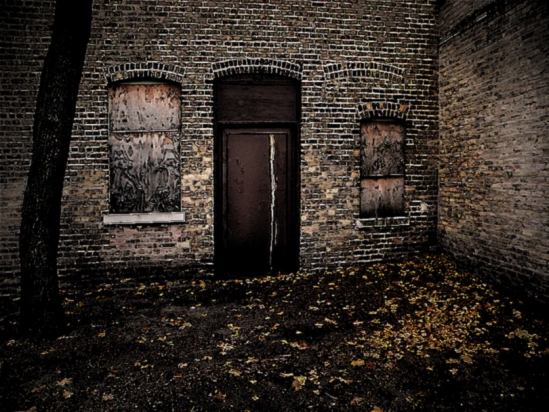 Last week, when I began on this image, I took it into Photoshop (TM) Brush Strokes Filter (among others!), used Ink Outlines and came up with this result, which I felt conveyed more of a ramshackle, abandoned feeling.  The building houses the Leone Beach Junior Lifeguards, who work the many beaches in this northernmost neighborhood of Chicago, and is ‘abandoned’ until the swimming season begins again on Memorial day.

I also wanted to see what it would look like with the ‘Snow’ app, as we haven’t had snow lately and none is predicted for the coming week…I sure hope to photograph some REAL snow, soon! 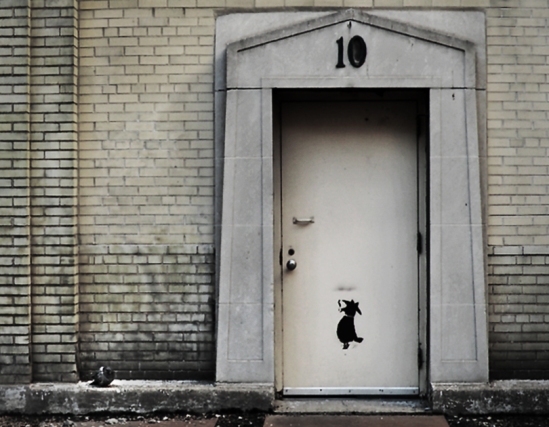