…but I expect it could have been worse.

Today, during my doctor’s appointment, I received the results of the MRI I had on 20DEC2013, and I truly wish I could have skipped this one!

Getting off the bus, the Park Tower Apartments across Sheridan Road looked like this…

…and yes, it was raining!

My windows finally began to thaw a bit a few days ago, as the temperatures warmed…

…but venturing out in today’s quite heavy rain was not on MY agenda!

The MRI concluded that my back pain and leg cramping are caused by severe spinal stenosis in the third and fourth lumbar vertebrae.

Spinal stenosis is, according to Wikipedia, “…an abnormal narrowing (stenosis) of the spinal canal that may occur in any of the regions of the spine.“

My wonderful doctor stated he would not prescribe physical therapy, which he knows from experience does not help with a ‘severe’ diagnosis, and thus referred me to a neurosurgeon, with whom I will make an appointment on Monday.

Lower back surgery is the only option–and I do NOT look forward to that–but I’ll know more after the appointment, when Dr. “L” has evaluated the DVD of the MRI.

But…if it relieves me of the intense pain of the cramping, and restores my ability to walk, I’ll certainly end up being ‘one happy camper’!

Any surgery, however, comes with its own set of problems for me, due to the fact I am on ‘lifetime’ Coumadin , the blood thinner.

Many precautions will have to be taken, and I perceive I’ll be relegated to giving myself shots of Lovenox for a number of days both before and after the surgery–which means lots of black, blue, green yellow and purple splotches on my tummy!

I spent almost two hours in the doctor’s office, then ‘glided’ over a number of icy spots to the bus stop, which looked like this: 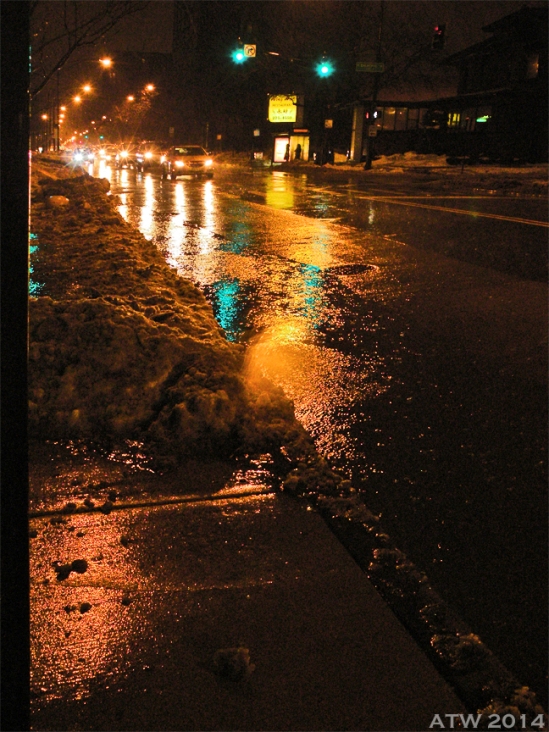 In all this mess, I also had to stop at the pharmacy to pick up an Rx to help reduce the inflammation in my lower back.

Walking the long block from the bus stop looked like this… 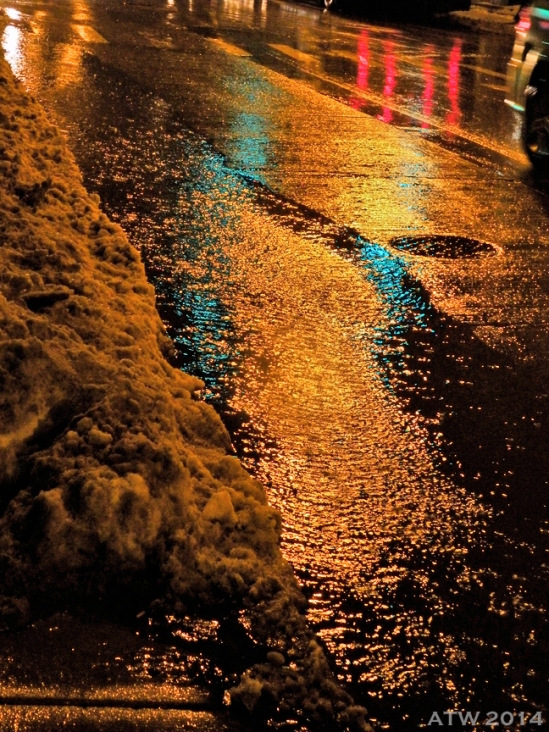 My waterproof Totes boots FAILED–but only after having to wade through eight or nine slushy, mucky, three and four-inch deep, huge puddles!

When I arrived home (finally!), I put yesterday’s leftover chicken/chili into a pot, and stripped off soaking wet boots, socks, pants and jacket very quickly!

One good thing occurred this week!

My newest neighbor was having difficulty with his printer (he is 75 and not terribly tech-savvy), so I offered to take a look at it (our computer guy was closed that day due to the extreme cold, which basically shut down the city of Chicago for two days).

I didn’t fix his printer (turned out is was the USB cord, and not a problem with the printer itself), but I did clean up his desktop quite a bit, and introduced him to hulu.com.

He has since watched all the episodes of “Jeeves and Wooster” (though born here, he returned to his father’s homeland, Britain, when he was still a baby).

When I returned home from shopping on Wednesday afternoon, a bouquet of white carnations was propped against my door!

My neighbor stopped by shortly thereafter, to tell me they were a ‘thank you’ gift from him–as if I wouldn’t have already known that!

Here they are, Photoshopped and treated with the Diffuse Glow filter:

I must say, their perfume is marvelous–a little bit of early Summer in the beginning of an icy January!

Icy walkways require extra awareness, even if they’ve been salted!

Even though it’s easier to see, this purple ice-melting product does guarantee the surface is free of ice! 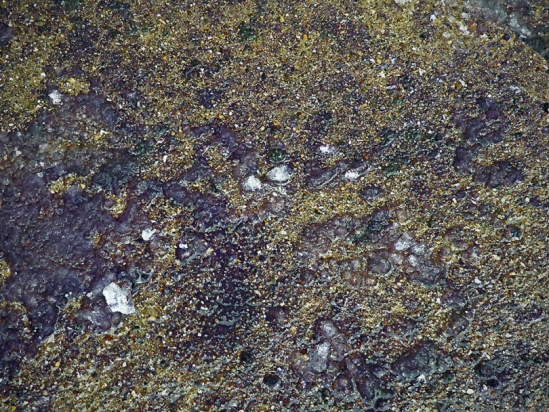